The objective of textile winding is to bring together the threads that have been previously formed in the spinning process, depending on which type of thread it is, it will be made with some tensions or with others, always taking into account the resistance capacity of the threads so as not to end up breaking it or fraying it.

Once the created thread is obtained, it must be conditioned and for this, 4 types of conditioning are carried out, the winding being one of them favoring the subsequent process, the phases prior to weaving.

Thread winding is usually done for threads that are used as filler threads or weft threads (threads that run across the fabric).

The process to manufacture yarn begins in machines called "combers" that precisely have that function, combing the fiber by means of needles; Afterwards, the fiber passes through a mechanism called a scrubber, where the fiber is stretched and rolled into tubes to go on to the next process in the continuous ones where, by means of rollers and rings, the fiber is twisted to make it a thread; later it goes to the twisting section where two or more strands are joined.

The mechanical spinning wheel is operated by hand or by repeatedly depressing a foot pedal. In doing so he spins the lathe and twists the wool as it winds it onto the spindle. A belt goes through a wheel and a small pulley to turn the lathe. Spinning lathes are much faster than hand spindles, but the spinner can only spin one size of yarn at a time.

After many years spinning in the same way, spinhole has developed a textile winding that is much faster and more sustainable for the environment, readjusting the process and revolutionizing this industry. 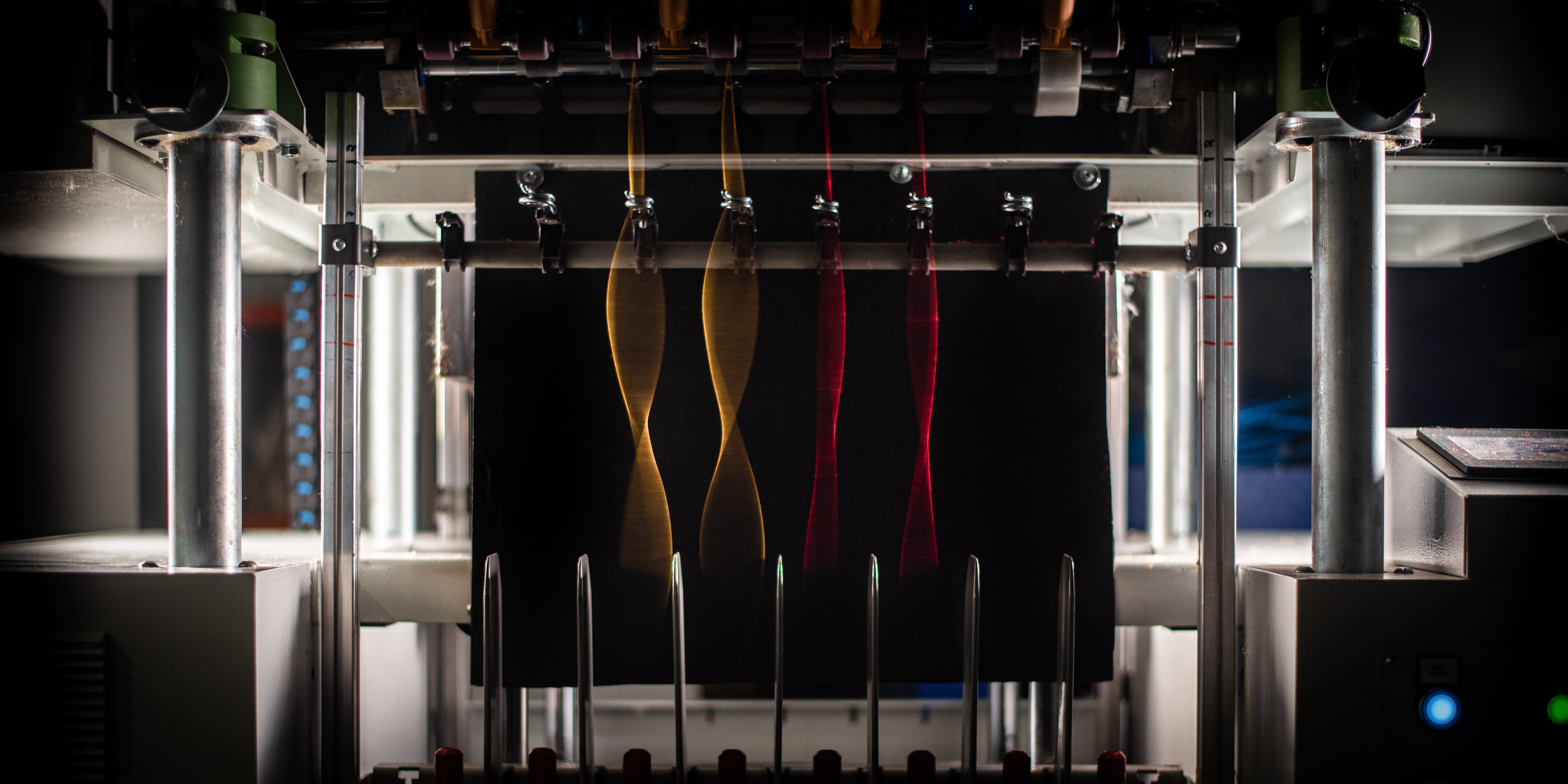 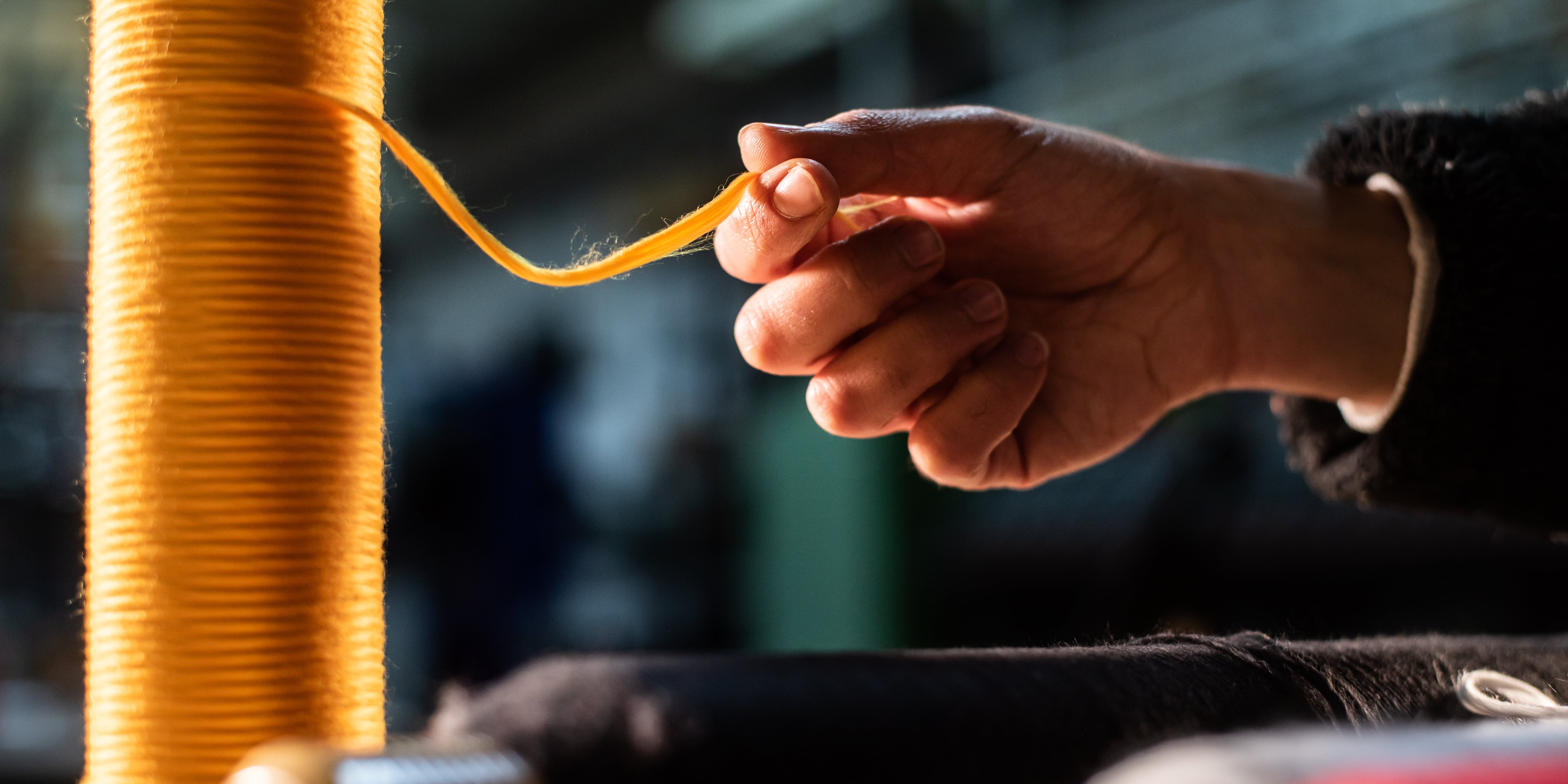 In order to make the process more comfortable, from spinhole we exhaustively monitor the entire process from when they contact us until our services are generating the expected results.

Below we explain all the parts of this process in order to help you once you have contacted us.

First of all, we need prior information on all the characteristics to take into account for the installation of our machinery.

Once your case has been studied and all the previous information processed, we can begin to design a solution for your project.

we will analyze the information you provide us and we will optimize the process to your needs.

We give you a detailed description of how we propose to transform the existing ring spinning mill with a spinning system in order to do it more efficiently.

We seek optimal benefits through a combination of reduced energy consumption and higher ROI from production speed of 6 to 15 months.

Detailed planning of the execution that includes steps, dates and priorities, previously agreed with the client.

Everything calculated to the millimeter.

Test in situ or in our laboratory to verify the results obtained in the technical relationship and the economic proposal.

This way you can check our efficiency.

We want to create a revolution in the textile industry, than the entire conventional industry using the spinning hole as the only machine.

We have been working to optimize our mechanism and revolutionize the entire industry, we have at our disposal the best spinning technology of our time.

We carry out the consultancy accompanying you throughout the process, we accompany you during each of the processes to follow, from contact with us until your project is developed and with the appropriate speed for your needs, the manufacture of materials, the start-up.

Efficiency, environmental and social responsibility. We help underdeveloped countries to be more competitive. Thanks to our services and our technology we achieve greater efficiency for your spinning, with less environmental impact.

The greatest revolution of our times in spinning is already within your reach, increase your efficiency and speed while reducing the environmental impact. 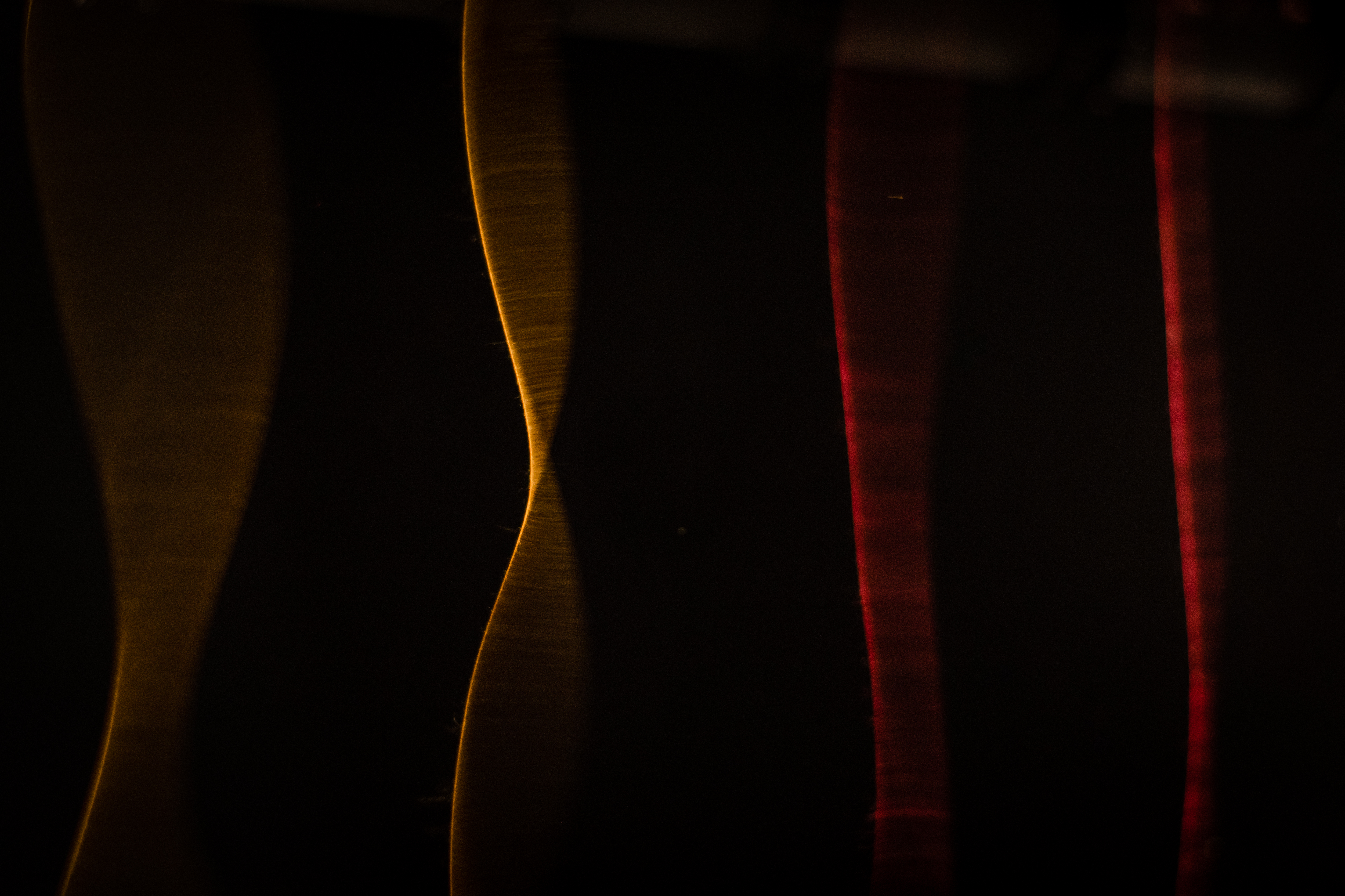 Almost in the middle of the 18th century in the city of Backburn, England; Hargreaves, a weaver and carpenter, almost accidentally invented a machine that allowed him to do the spinning process mechanically, unfortunately the workers in the area destroyed the machine for fear that it could replace them in the workplace, although His fears were well founded, but the Hargreaves machine was not yet sophisticated enough for that purpose, but it did lay the foundations for his compatriot Ricardo Arkwright to dare to innovate the nascent textile machinery in 1769 by creating a machine that would correct the failures of its predecessor by create thread in longer time and with higher quality. The glory did not last long for Arkwright because Samuel Crompton later created the "spinning mule", which made his "older sisters" obsolete in time already finished.

It was until the industrial revolution that the textile industry grew in a way when the concept of factory and mass creation was created as it is known today, it is sensible to consider the industrial revolution as the beginning of innovations because it is from this point that begins a race for the creation of increasingly sophisticated machines so it can be assured that the following events marked the textile industry:

How to increase efficiency in ring spinning mills.

Spinhole is expanding thanks to the efficiency we demonstrate.

One of our latest assembled machines is already delivering the expected results.

We are present in the entire installation process of our machines from the moment the customer contacts us until the machines are already offering the expected results.

We present ourselves with the highest efficiency on the market, the new revolution in textile winding.

We hope to revolutionize the market thanks to our great contribution, always in development to improve our machines.

Great percentage of CO2 reduction thanks to our revolutionary formula.

Experts in our sector.

To increase the power from the spinhole we have developed a new formula, increasing efficiency, speed and reducing pollution.

Large companies in the textile sector already trust us to increase efficiency in textile spinning and thus increase their profits. 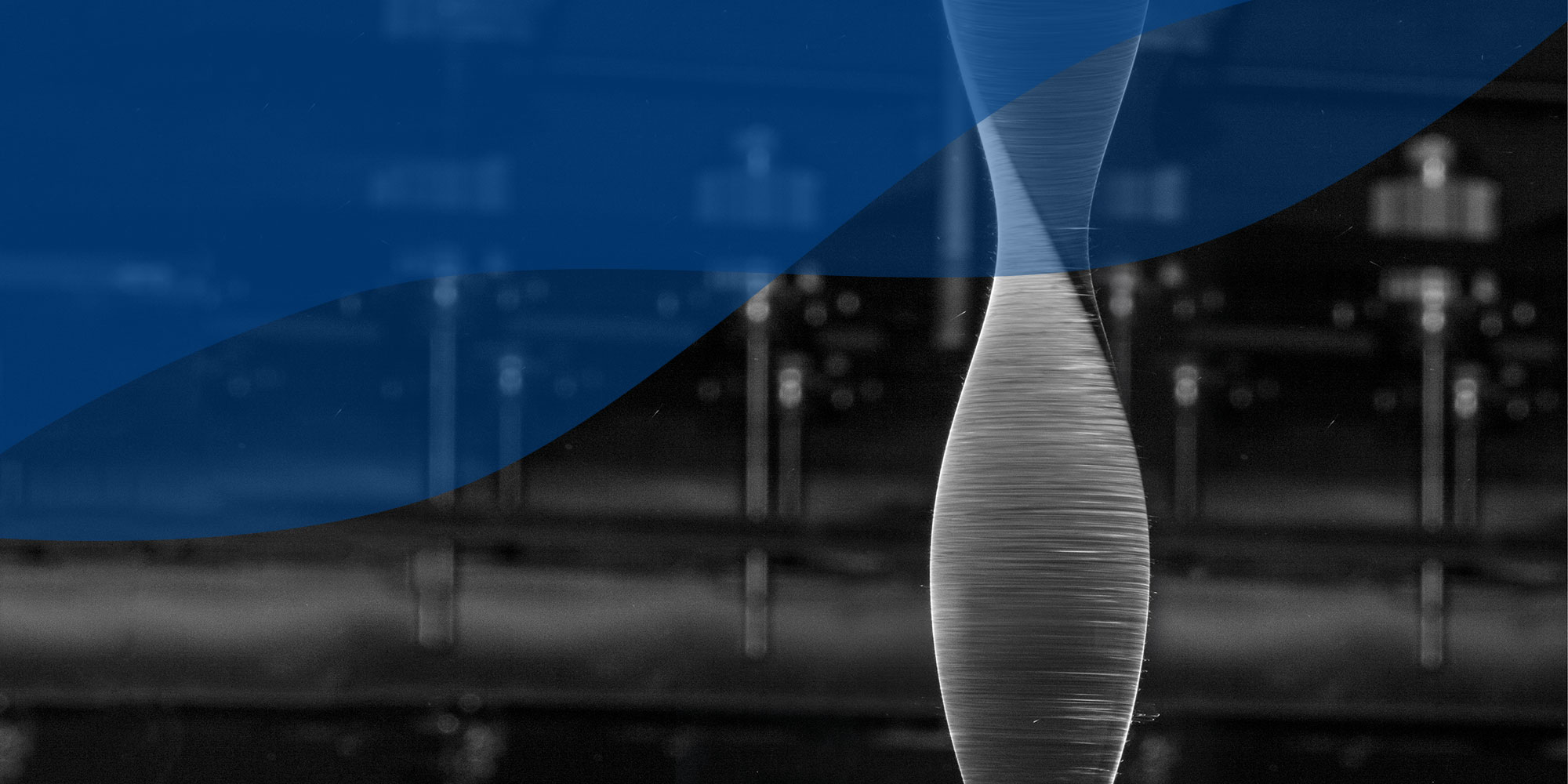 What is textile spinning

Spinning is an industrial process in which through complex operations, in textile fibers, whether natural or artificial, the textile body that is commonly known as thread is created.

The origin of spinning originated when man made use of natural fibers for the first time.

Like any process, spinning is made up of various points in its production.

There are two main methods of short staple spinning, cotton and wool.

The characteristics of the machines for the production of these two types of fiber are different, this is due to the length of the fiber.

Stages of spinning from when the fiber mass reaches the place of execution of the spinning until the final product leaves for its next destination (either sewing or weaving).

Unpacking the fiber mass
carding of the same
Combing or parallelization,
First twist,
Spinning itself
The finishing of the yarn and other possible final operations on it, such as steaming, fading / purging, bending, twisting, steaming again, final fading with labeling To go deeper into each phase, don't miss next month's post.

Unpacking: This is the first task to be carried out on the fiber when it leaves the raw materials warehouse and enters the spinning mill. Generally, in a section attached to the spinning mill and not within the same plant, due to discharge and cleaning operability. Once the bale of cotton, wool, linen, etc. has been untied or opened, two operations are carried out: disintegration and cleaning.

Disintegration: This is the name of the process of opening the bales of fibers that arrive to be spun. It consists of the separation of the components. It is also called fiber opening, because the fiber arrives in sunken bundles where it has surely been compressed, perhaps a long time

Cleaning Once the bales are opened, the origin and micronage of the fiber is studied, then they are put online. At this point, the ˇ°Blendomatˇ± machine begins the task of cleaning and mixing the fibers, passing over them as if it were a barber, collecting them in layers and through turbinate ducts, it sends the fibers already mixed to a compartment where they are finished. of mixing, once re-mixed they are sent again through turbined ducts up to the cards.

Carding: The purpose of carding is to separate the individual fibers to form them in an almost parallel position, eliminate specks and impurities and finally produce a perfectly uniform layer of fibers, until each fiber is so loose that it can regain its most natural shape (curly, etc.), but without losing proximity of the fibers to each other so that the batter is maintained as a mass of fibers. After carding the raw material is completely clean and in the proper physical form to pass to the spinning plant and enter the spinning process.

Stretching: From between the two previous rollers, the fiber wick comes out and passes through other rollers, each rotating at a slightly higher speed than the previous one, which forces the fiber wick to become thinner and more homogeneous.

Combing or paralysis: When the narrow mass of fibers, in the carded tape or top, is sufficiently fine, these, within it, are capable of being ordered and oriented in the direction in which the thread will later be built. In other words, styling is the ordering of the fibers, applied to the carded ribbon and begins by removing the fibers that are too short. Fibers emerge from this phase in a first parallel position.

Guilles-Bending: The bending process is the operation that consists of feeding two or more materials to a machine to compensate for the deficiencies or irregularities that each material had, it is applied at the same time with the drawing. The stretcher or draw frame is the main machine where this operation is applied since it feeds or bends from 6 to 16 tapes and with the drafting obtain a single much more uniform belt to produce carded yarns with two stretcher steps; up to 3 steps are required to produce combed and / or blending yarns. In the process of

How to increase efficiency in ring spinning mills.

Spinhole is expanding thanks to the efficiency we demonstrate.

One of our latest assembled machines is already delivering the expected results.

We are present in the entire installation process of our machines from the moment the customer contacts us until the machines are already offering the expected results.

We present ourselves with the highest efficiency on the market, the new revolution in textile winding.

We hope to revolutionize the market thanks to our great contribution, always in development to improve our machines.

Great percentage of CO2 reduction thanks to our revolutionary formula.

Experts in our sector.